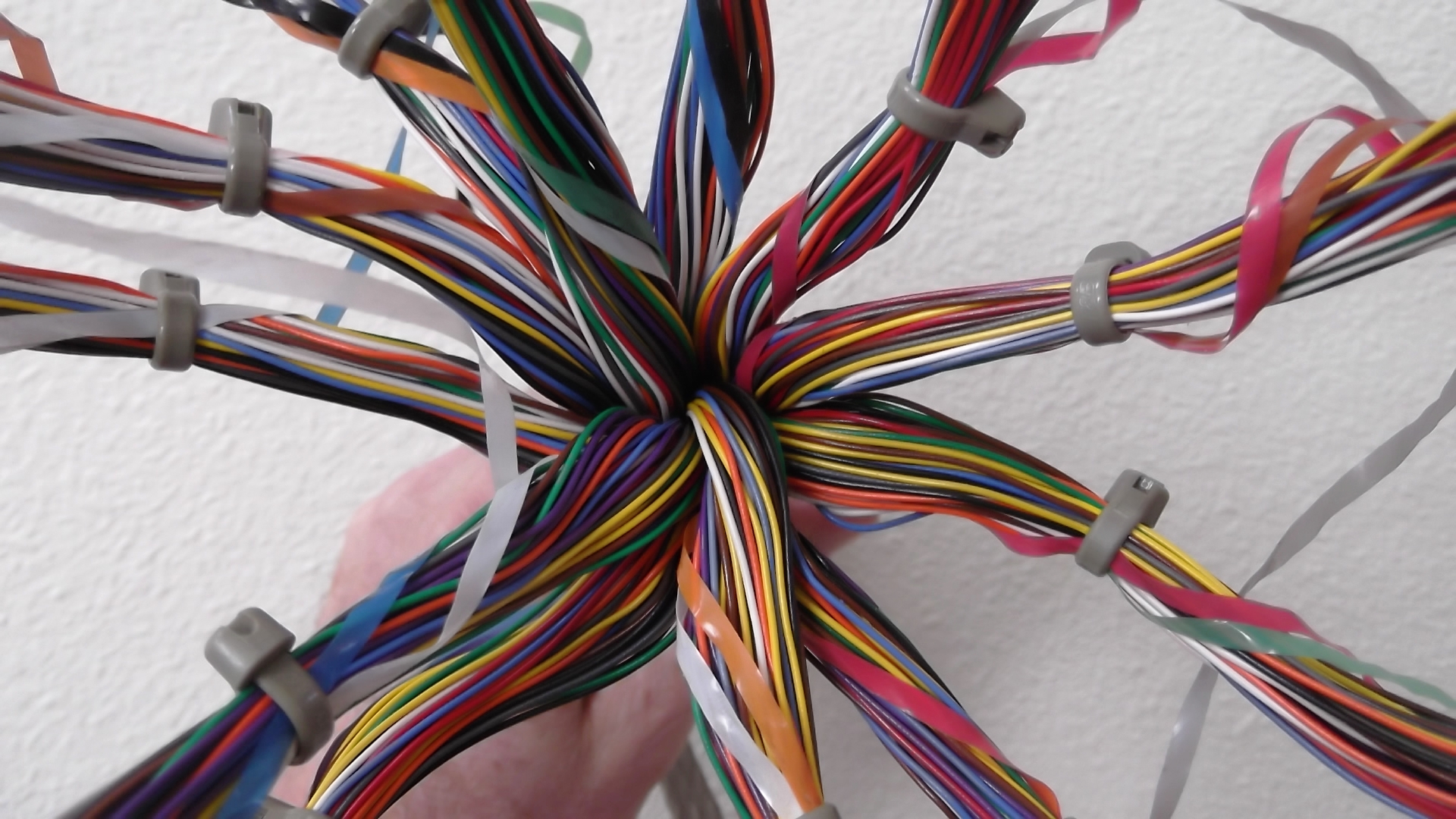 An Interview with FCC Honors Attorneys: A Discussion on Tech, Telecom, and their Path to the Commission

Introduction: In late November 2018, I sat down with three members of the 2017 Federal Communications Commission (FCC) honors attorney class for a conversation about the honors program, working in government, and all things telecom. The Attorney Honors Program is the FCC’s training and hiring program for recent law school graduates. I spoke with Annick Banoun (AB), a 2017 Georgetown University Law Center graduate in the Wireline Bureau’s Competition Policy Division; Varsha Mangal (VM), a 2017 UNC Chapel Hill Law graduate in the Media Bureau’s Video Division; and Erik Beith (EB), a 2016 George Washington University Law graduate in the Office of Economics and Analytics’ Auctions Division.  They have indicated that the opinions expressed in this article are theirs and do not necessarily represent the views of the Federal Communications Commission or the United States Government.

Could you walk us through how the FCC deals with new technological challenges as they come up and what your role is? If possible, provide an example from your own experience in which you and your team had to deal with new technology.

EB: I think, generally, one goal of the current FCC administration is to regulate in a manner that “gets out of the way” and allows new technologies to flourish. In the case of 5G, for example, the Commission created a new type of flexible use license for high-frequency spectrum that gives licensees the flexibility to utilize the spectrum for different kinds of potential 5G uses, recognizing that those technologies are still being developed and tested.

​VM: Although I do not work on and am not well versed in this at all, I think ATSC 3.0[1] might be a good example of how the Media Bureau is also trying to deal with new technological challenges. There are hopes that ATSC 3.0 will help improve the quality and abilities of over the air broadcasting in the future.

Some issues the FCC works on seem incredibly complex and niche. Was there a learning curve for you when you started working? How do you stay on top of new trends related to technology?

EB: I’d say that is an understatement! As with any new job, there is a learning curve with [the] FCC[’s] subject matter, but one of the great things about being a lawyer is that you learn to pick things up pretty quickly. For me, my first assignment involved researching a discrete issue and drafting a very small section of a larger item related to that issue. From there, I gradually increased my sphere of knowledge with each assignment, and after a year, I’m starting to feel like I actually know a thing or two. Staying on top of technology trends is always a challenge, but there are a number of resources at the FCC to help, such as trade publication subscriptions and our awesome librarians.

VM: Oh, a huge learning curve! What I loved about my division is that there is a range of work (i.e. the incentive auction, transactions, etc) and they gave me exposure to everything. I am still constantly learning something new every day, but people are always happy to chat and explain things whenever necessary. What is great is that there have been people working at the Commission for several years with a lot of institutional knowledge and interesting stories!

AB: I echo both Erik and Varsha. As with any new job, there is a learning curve. In addition to the resources Erik mentioned, I have found that more experienced attorneys in my division are always willing to answer questions and point me towards resources that will fill in any information gaps. I am fortunate that in under two years, I have already had the opportunity to work on a variety of issues and have learned a lot.

What technological developments in communications do you think will be the most significant in the near future?

EB: Everyone is talking about 5G, but there are a number of challenges that remain before it will get off the ground. How those challenges are resolved—such as the massive infrastructure investments required, how various types of spectrum will be put to use, and how regulations will interact with new technologies—will definitely be a big issue for our industry in the next couple of years.

​VM: I agree with Erik, we hear a lot about 5G. I think every day in the trade press I read something related to privacy, and how there is a push in Congress to pass some privacy legislation. I think it will be fascinating to follow how that plays out and what affect that will have on the communications industry.

Chairman Pai and others in the communications world frequently discuss the “digital divide”—the gap between regions and demographics that have access to communications technology. Could you discuss any efforts the FCC is taking or is trying to take to remedy this issue? Alternatively, could you discuss any of your own ideas to approaching this issue?

EB: One big FCC initiative that addresses the digital divide is the Connect America Fund, which is part of the larger Universal Service Fund that a portion of your phone bill goes towards. CAF is a program that provides subsidies to service providers that commit to offer voice and broadband services to unserved and high-cost rural areas. Last summer, CAF Phase II awarded around $2 billion over a 10-year period through a reverse auction, where the winning bidders were those who committed to providing service for the least amount of support.

What is the training process for incoming honors attorneys?

EB: There is a formal training program within the honors program. It consists mostly of professional development geared towards new attorneys, as well as some substantive training within certain areas of the FCC. I remember one training we had with the then-acting General Counsel and another on appellate review with the [Office of General Counsel]. But, at least for me, most of the training happened within my division. One piece of the decision about division placement is putting attorneys within divisions that will take ownership over their training. So, most of the training we’ve gotten has been on the job, and the formal training is more supplementary.

AB: I imagine in many respects the relationships within my division closely track those that a first-year associate might have with a senior associate or partner at a law firm. My work is reviewed constantly, and I receive a lot of feedback.

What does your position entail?

VM: In the video division, I get to work on a pretty wide array of projects. We’ve been wrapping up the incentive auction, so I started out doing a lot of channel sharing agreements. I’ve also been dealing with a lot of over the air broadcasting, which means whenever there are mergers or disputes that implicate the FCC rules, I read through the petitions and write memorandums on them. Also, we sometimes launch investigations if there’s a broadcaster that’s not complying with the rules.

AB: My work so far has been policy focused. I typically work in teams that are responsible for drafting rulemakings that are presented to the Chairman and Commissioners at the Open Commission Meeting to be voted upon.

EB: The Auctions Division manages all of the Commission’s auctions, from wireless spectrum to broadcast licenses to Universal Service subsidies. For attorneys in my division, it’s a lot of thinking through how certain rules are going to work and what the best way to design and implement an auction is. Once the auction is structured, we draft the various documents that are released as part of setting up the auction and running it.

What has been your favorite project during your time at the FCC?

AB: I’ve enjoyed working on the Commission’s efforts to accelerate wireline broadband deployment by removing barriers to infrastructure investment.  I was part of the drafting team on an Item that reforms the federal framework governing pole attachments in order to promote broadband, and eventually 5G deployment.  In addition to drafting, I attended numerous meetings with stakeholders and even had the opportunity to present the Item before the Chairman and Commissioners at the Open Commission Meeting.

EB: The main thing that comes to mind is what I’ve been working on recently, which is the Spectrum Frontiers auctions. These are the first auctions of millimeter wave spectrum for 5G commercial mobile use. Being a part of the team thinking through this process has been really interesting because there’s a lot that’s unique about these auctions that has never been done before.

VM: I don’t know if I can pick one thing, but in general when I’m going through a petition and reading the record it’s always fun to figure out the little facts that explain the case. There are always fun back stories and it’s fun to uncover the history behind it.

[1] See Authorizing Permissive Use of the “Next Generation” Broadcast Television Standard, Report and Order and Further Notice of Proposed Rulemaking, 32 FCC Rcd 9930 (2017).