The GLTR general write-on competition runs from Friday, May 22 to Monday, June 8. The write-on competition for transfer students runs from Friday, July 24 to Monday, August 10. There is no cost! Interested students should email gltr@georgetown.edu with their name and Georgetown email address to be included in the write-on process. Please send any questions to that address as well.

We look forward to hearing from you!

As the 2020 presidential election season approaches, questions about our elections’ integrity are moving to the forefront of our national consciousness. The Georgetown Law Technology Review decided to confront this topic directly: On February 7, 2020, we hosted a symposium titled Election Integrity in the Networked Information Era. By engaging with thought leaders from across […] 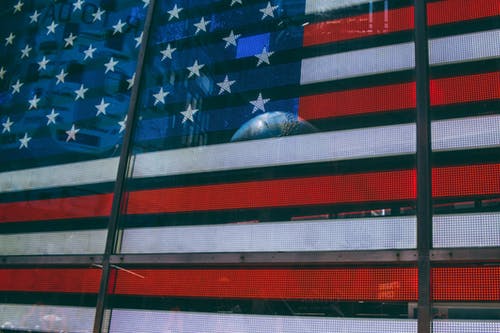 How We Talk About the Press

“I believe freedom begins with naming things.” Eve Ensler When the American Dialect Society made “fake news” its 2017 “Word of the Year,” the press release suggested two related reasons for the organization’s decision. The first was the term’s ubiquity. The second was its slipperiness. Beyond referring to propaganda, the term fake news had become […]

Tailoring Election Regulation: The Platform is the Frame

According to conventional wisdom, legislative efforts to limit platform-based electoral manipulation—including especially laws that go beyond simply mandating additional disclosure about advertising expenditures—are most likely doomed to swift judicial invalidation for two reasons. First, although one might wonder whether the data-driven, algorithmic activities that enable and invite such manipulation ought to count as protected speech […]

Especially in the wake of the 2016 U.S. presidential election, there is increasing debate about how and why to regulate political speech posted on social media platforms, and whether such regulation is possible or desirable. Initially, such debates focused on the concept, production, and circulation of “fake news.” As politicians like President Trump co-opted the […]

Misinformation is not a new problem. As long as information is valuable in helping people make decisions, there will be an incentive for third parties to manipulate that information in a way beneficial to their interests. The result is misinformation, which has taken many forms over the years. Misinformation has a variety of definitions. In […]

The assertion that “sunlight is the best disinfectant,” sometimes stated as “light disinfects,” is so common on the contemporary Internet that it often goes without saying. It’s just true, no argument is needed. When someone does situate the term, the attribution invariably goes to Supreme Court Justice Louis Brandeis, who in 1913 wrote that “sunlight […]

Political identification in the digital age has shifted online: increasingly, people define their political identity in how they come together around issues and news events on the social web. We adopt online political identities in three major ways: through shared consumption of information on social media platforms; through participation in political movements through hashtags and […]

Every decade, the U.S. Census Bureau undertakes its constitutional mandate to count every person once, only once, and in the right place. The 2020 Census is the nation’s first “digital” decennial census; for the first time in its history, the Bureau has invited the majority of the public to participate using an online self-response portal. […]

Picture Election Day. It is probably a Tuesday (though not necessarily). Check-in tables in the high-school gymnasium sort voters by precinct, while plastic privacy screens fill the engine house of a nearby fire station. Some voters return ballots to drop boxes, while others mailed theirs back days ago. Voting remains a manual process in an […]